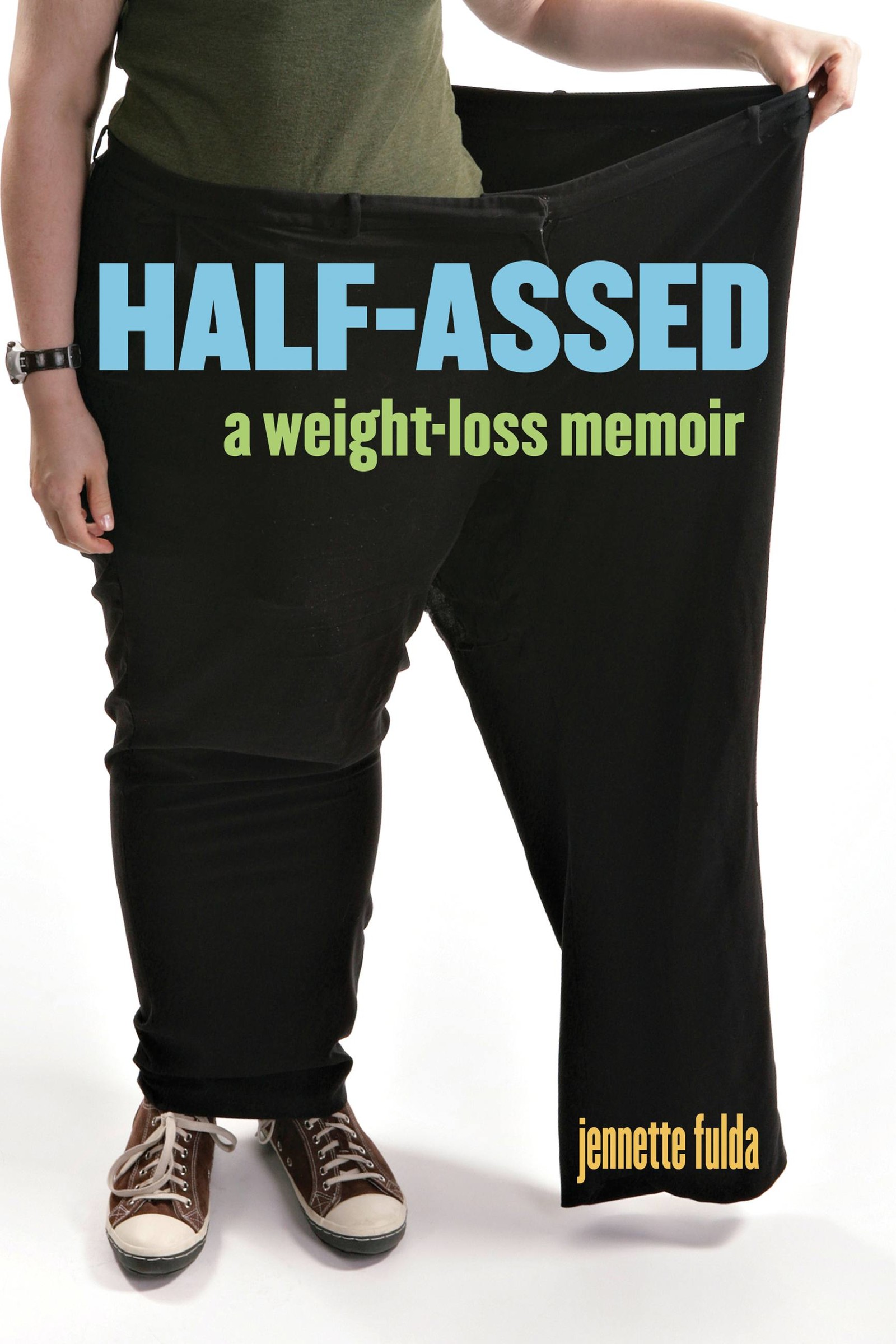 After undergoing gall bladder surgery at age twenty-three, Jennette Fulda decided it was time to lose some weight. Actually, more like half her weight. At the time, Jennette weighed 372 pounds.

Jennette was not born fat. But, by fifth grade, her response to a school questionnaire asking “what would you change about your appearance” was “I would be thinner.” Sound familiar?

Half-Assed is the captivating and incredibly honest story of Jennette’s journey to get in shape, lose weight, and change her life. From the beginning—dusting off her never-used treadmill and steering clear of the donut shop—to the end with her goal weight in sight, Jennette wows readers with her determined persistence to shed pounds and the ability to maintain her ever-present sense of self.

I have been following Jennette’s blog for years, which makes it even more ridiculous that this book sat on my shelf for at least two years before I picked it up and read it. I think I started reading her blog (it was pastaqueen.com back then) when she was roughly 3/4 of the way through her journey. I was immediately drawn to her dry wit and sarcasm, a welcome attribute in the world of weight-loss bloggers, which is overwhelmed by nauseatingly positive people.

As someone who has struggled with her weight since puberty, I can’t tell you how many times I nodded my head and dog-eared a page while reading this book. She is often blunt and to the point, and it just makes you say “Yes! It is just like that.”

“And even if I had been the laziest, weakest-willed person on the planet, being fat did not make me a bad person. Fat wasn’t good or bad. It wasn’t a scarlet F of shame written on my elbow. It was just fat. I deserved as much respect as any thin person and I shouldn’t have to live under a cloud of shame.”

But don’t pick up this book and expect a blue-print for success. Jennette isn’t very specific about what she eats (even on her blog), but if you read between the lines you can tell it was South Beach or something quite similar. I think she doesn’t specifically promote it because she’s smart enough to realize that just because that particular plan worked for her, it doesn’t mean it will work for everyone. She does talk about her exercise, and one thing she did a lot of is running. I am envious, because running is the easiest thing to do, but I hate it with the fire of a thousand suns.

I find Jennette’s story to be inspiring, even if it doesn’t have the fairytale happy ending. She doesn’t lose all her weight and then magically fall in love with Prince Charming and move into a house with a white picket fence and have babies. But I believe that reaching this one (giant) goal has given her the confidence to reach other goals in her life, specifically moving out of state and starting her own freelance business. I continue to follow Jennette at her new website, http://www.jennettefulda.com. She has written a second book, which is (unfortunately) about her search for relief from a persistent headache. It’s already on my Kindle and waiting for me.