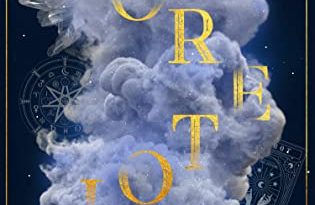 Foretold is the story of Cassandra, a 17 year old with OCD who is plagued by catastrophic thoughts and visions. Most of the time these visions are just visions, her anxious imagination working overtime — except for that time she saw her mom die. Now she’s seen a vision of a teen boy dying in front of her, and when she gets home and discovers