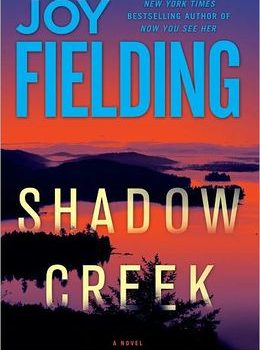 Due to a last-minute change in plans, a group of unlikely traveling companions finds themselves on a camping trip in the Adirondacks. They include the soon-to-be-divorced Valerie; her oddball friends, Melissa and James; her moody teenage daughter, Brianne; and Val’s estranged husband’s new fiancée, Jennifer.

What Val and her companions don’t know is that a pair of crazed killers is wreaking havoc in the very same woods. When an elderly couple is found slaughtered and Brianne goes missing, Val finds herself in a nightmare much worse than anything she could have anticipated.

I’ve enjoyed Joy Fielding in the past, but this book didn’t do anything for me. The situation that sends this unconventional group into the woods is extremely contrived, and once I couldn’t buy into that, I had a hard time buying into anything else. I also got confused about which teens were actually the killers, and once I finished I wasn’t entirely sure if the confusion was intentional. There are a lot of spoiled brats in this book, which kept me from connecting with any of the characters, even Valerie. There are much better Joy Fielding books out there, such as Charley’s Web.