Book #50 was Hollywood Crows by Joseph Wambaugh.  The back of the book reads:

When LAPD cops Hollywood Nate and Bix Rumstead find themselves caught up with bombshell Margot Aziz, they think they’re just having some fun. But in Hollywood, nothing is ever what it seems. To them, Margot is a harmless socialite, stuck in the middle of an ugly divorce from the nefarious nightclub-owner Ali Aziz. What Nate and Bix don’t know is that Margot’s no helpless victim: the femme fatale is setting them both up. But Ms. Aziz isn’t the only one with a deadly plan.

In HOLLYWOOD CROWS, Wambaugh returns once again to the beat he knows best, taking readers on a tightly plotted and darkly funny ride-along through Los Angeles with a cast of flawed cops and eccentric lowlifes they won’t soon forget.

I don’t know if this is technically a series, but this is the second book Wambaugh has written about Hollywood Station. What I like about these books is that they’re not *really* about the situation… Margot and Ali Aziz are not the center of this book. The book is about the cops. There’s a few familiar faces — Hollywood Nate and the surfer dudes Flotsam and Jetsam come to mind — and some new ones. And much like real life, there’s not always a happy ending. A good read. 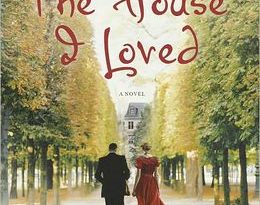