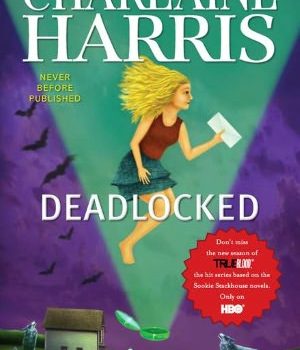 It’s vampire politics as usual around the town of Bon Temps, but never before have they hit so close to Sookie’s heart…

Growing up with telepathic abilities, Sookie Stackhouse realized early on there were things she’d rather not know. And now that she’s an adult, she also realizes that some things she knows about, she’d rather not see—like Eric Northman feeding off another woman. A younger one.

There’s a thing or two she’d like to say about that, but she has to keep quiet—Felipe de Castro, the Vampire King of Louisiana (and Arkansas and Nevada), is in town. It’s the worst possible time for a human body to show up in Eric’s front yard—especially the body of the woman whose blood he just drank.

Now, it’s up to Sookie and Bill, the official Area Five investigator, to solve the murder. Sookie thinks that, at least this time, the dead girl’s fate has nothing to do with her. But she is wrong. She has an enemy, one far more devious than she would ever suspect, who’s set out to make Sookie’s world come crashing down.

This book was pretty much on par with the other recent Sookie novels. Okay, but not great, or even particularly good. On the plus side, at least one major plotline (about the fae) in the series has been wrapped up, and none too soon, in my opinion. In a series already full of vampire and were- politics, did we really need fae politics on top of it all?

Sookie’s love life is still a mess, and at this point I’m not sure where I want her to end up. She is feeling a little lost, and so is this book.

One big problem Harris continues to have is the constant need to either repeat things that the reader should already know (especially this far into a series) or to go on and on and on about the day-to-day drivel of Sookie’s life. I get that she wants to insert some normalcy into her life, but I really don’t need to read about everything Sookie does to get ready to go visit her lawyer.

Overall, I enjoyed it enough, but the series doesn’t excite me as much as it used to. I listened to it on audio, and I probably would have been more bored with it in print.