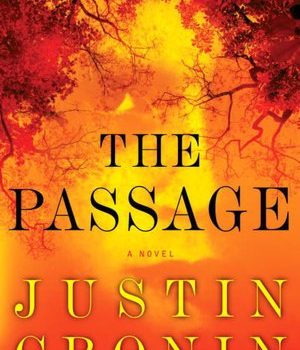 “It happened fast. Thirty-two minutes for one world to die, another to be born.”

First, the unthinkable: a security breach at a secret U.S. government facility unleashes the monstrous product of a chilling military experiment. Then, the unspeakable: a night of chaos and carnage gives way to sunrise on a nation, and ultimately a world, forever altered. All that remains for the stunned survivors is the long fight ahead and a future ruled by fear—of darkness, of death, of a fate far worse.

As civilization swiftly crumbles into a primal landscape of predators and prey, two people flee in search of sanctuary. FBI agent Brad Wolgast is a good man haunted by what he’s done in the line of duty. Six-year-old orphan Amy Harper Bellafonte is a refugee from the doomed scientific project that has triggered apocalypse. He is determined to protect her from the horror set loose by her captors. But for Amy, escaping the bloody fallout is only the beginning of a much longer odyssey—spanning miles and decades—towards the time and place where she must finish what should never have begun.

With The Passage, award-winning author Justin Cronin has written both a relentlessly suspenseful adventure and an epic chronicle of human endurance in the face of unprecedented catastrophe and unimaginable danger. Its inventive storytelling, masterful prose, and depth of human insight mark it as a crucial and transcendent work of modern fiction.

This is a book that has been on my “to read” list since it came out and left a plethora of stellar reviews in its wake. So I’m very disappointed to say… I didn’t love it.

Two years past its release, is it a victim of too much hype? Perhaps.

There were certainly parts of the book I liked. You don’t make it through an 800-900 page book without finding something redeemable about it. I thought all of the characters were interesting, even if I didn’t always understand their purpose. Probably 10% of the characters could be cut completely out of the book with absolutely no impact. I liked Wolgast, and one of my favorite parts of the book was when he and Amy were living in the mountains. I also liked Peter, except in his most maudlin moments. My favorite character was actually Sarah, although her role is relatively minor until late in the book.

I also thought the concept was good, if a little extreme. Very apocalyptic. I would have loved to have more information about what happened in-between Wolgast’s time and Peter’s, but I guess that’s what the second book is for. I don’t really agree with its initial characterization as a “vampire” novel, but I guess if you break it down to its simplest form, you can call it that. I enjoyed Cronin’s imagining of a new way of life, where light means life, and government no longer exists.

So what didn’t I like? THE PACING. This book was soooooooooooo slooooooooooow. I’m not a speed reader, but I’m not slow either. I started this book on my Kindle in mid-August, and around the third week of September I hit the 50% mark. At that point, I was so tired of reading it that I knew I had only two choices – give it up, or try to finish it with an audiobook. Turns out, even the audiobook narrator was sloooooooow. Two things saved the rest of the book for me – the ability to play it on double speed on my iPhone, and the fact that things actually started happening in the book. I wish that 90% of the book had been about their journey to Colorado, instead of 25-33%.

So my overall impressions are that I didn’t hate it, but I’m not that excited about it. It did end strong, but it took so long to get to the good that I’m not sure it was worth my time. I may or may not get around to reading the next book. 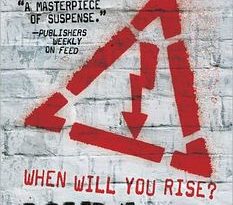