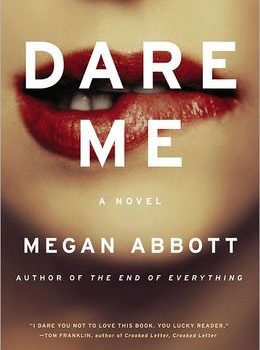 Addy Hanlon has always been Beth Cassidy’s best friend and trusted lieutenant. Beth calls the shots and Addy carries them out, a long-established order of things that has brought them to the pinnacle of their high-school careers. Now they’re seniors who rule the intensely competitive cheer squad, feared and followed by the other girls — until the young new coach arrives.

Cool and commanding, an emissary from the adult world just beyond their reach, Coach Colette French draws Addy and the other cheerleaders into her life. Only Beth, unsettled by the new regime, remains outside Coach’s golden circle, waging a subtle but vicious campaign to regain her position as “top girl” — both with the team and with Addy herself.

Then a suicide focuses a police investigation on Coach and her squad. After the first wave of shock and grief, Addy tries to uncover the truth behind the death — and learns that the boundary between loyalty and love can be dangerous terrain.

The raw passions of girlhood are brought to life in this taut, unflinching exploration of friendship, ambition, and power. Award-winning novelist Megan Abbott, writing with what Tom Perrotta has hailed as “total authority and an almost desperate intensity,” provides a harrowing glimpse into the dark heart of the all-American girl.

“I know what that’s like,” he says. “The way you can be saved without ever knowing you were in trouble.”

This book was odd, but very compelling. I have to admit that I had a hard time putting it down. What’s unusual about that is that there really isn’t a likeable character in the whole book.

Addy and Beth are at the top of the high school social pyramid. But Addy is starting to pull away, and the arrival of a new cheerleading coach makes the divide wider. Beth is a “mean girl” in every sense of the term, often cruel just to amuse herself. Sooner or later, Addy is going to have to make a choice — either she’s with Beth, or she’s against her.

My book club discussed this book, and we came to one major conclusion about the story: there are no authority figures. Parents are essentially non-existent. Even when they do show up in the story, they are either incompetent or too damaged to pay attention. Would your father casually mention to you that the police want to talk to you, and then not even go with you? Even within the school, the coach and her cheerleaders are able to get away with a lot that I don’t believe would really fly. These girls are drinking, doing drugs, staying out half the night, and destroying their bodies with eating disorders, but it appears that no one really cares – or even notices.

You are getting the entire story from Addy’s point of view, so it’s possible that this lack of authority figures is simply because they don’t register on her radar.  It’s possible that her narration is more unreliable than we expect. And I think that’s part of what makes this book so interesting.

I don’t think this is a 5-star read, but I do think it’s a solid 4-stars. It’s very dark, and I think that if I had a teenaged daughter I’d be doing all I could to make sure she wasn’t a cheerleader.