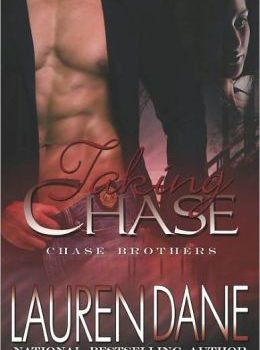 Cassie Gambol is on the run. In what seems like another lifetime, her ex-husband nearly ended her life and effectively ended her successful career as a vascular surgeon. But even though the justice system found him guilty of attempted murder, he fled while awaiting sentencing and Carly Sunderland became Cassie Gambol.

Fleeing Los Angeles, she heads to small and off the map Petal, Georgia to start her life again.

Shane Chase, a man who’s held himself away from commitment since his fiancée dumped him several years before knows the beautiful newcomer is hiding something. He’s wildly attracted to her strength and her underlying vulnerability as well.

But the last thing Cassie wants is another big, overwhelming man who wants to control her life. A battle begins between Shane, who knows what he wants and Cassie, who knows she needs to do everything she can to keep a distance between herself and the very handsome sheriff.

But Cassie’s ex is back and he wants her dead.

Marc must face the biggest challenge of his life-convincing Liv Davis that he means to love her forever. Book Three in the Chase Brothers Series Liv Davis had just about given up on her happily ever after. Burned by love more than once, she’s beginning to think Mr. Right wasn’t in the cards for her. Marc Chase is a confirmed bachelor and lover of women-lots of them. He’s determined not to fall head over heels the way his brothers have. Until he kisses Olivia Davis and realizes head over heels may not be such a bad thing after all! Can Liv open her scarred heart for this younger ladies man? She loves Marc more than she can begin to admit but she’s terrified of being rejected again. Marc faces a challenge greater than he’s ever faced before. Making a woman believe he’s more than just a great bedmate-making her believe he’s in it for good. In the end it will all come down to two days in a hotel and a bet. Can they both win?

Tate Murphy is a girl from the wrong side of the tracks. She grew up a million miles away from the easy life Matt Chase has had. She’s spent her life pulling herself and her siblings up and out of that trailer by the railroad tracks and she hasn’t looked back. Matt Chase is a dream of a guy and she’s certainly not going to turn down a short fling with one of the most handsome men she’s ever seen! Matt Chase has watched each one of his brothers find love and he knows he’s ready for that too. It’s all a matter of finding the woman who captures his heart. He’s certainly sampled his fair share of them but none has moved him the way Tate Murphy does when he goes to her shop to thank her for some cookies and a thank you note. But as Matt gets to know Tate and appreciate her strength and unique beauty, he also realizes she’s got some big self-esteem issues about her past. To build a future, he’s got to find a way past some big road blocks.

There’s not much to say about these books that I didn’t already say about the first one. Like the first, the main conflict in these is an outside threat. The sex in the second and third books starts a bit sooner than the first, but I’m not complaining. Dane writes sex well. And it’s good that she manages to give us female characters that are different than one another, because the men are largely the same person. I was sick when I picked up the second book, and it was the perfect prescription – something entertaining that I didn’t need to think about very much.