Book #132 was The Body Box by Lynn Abercrombie. The back of the book reads:

Bad choices and big mistakes have landed Detective Mechelle Deakes on the Atlanta Police Department’s lowest rung, the Cold Case Unit. Sifting through forensic evidence and unsolved murder files is a thankless job she shares with her new partner, Lieutenant Hank Gooch, a man of few words and even fewer for African-American female cops like Mechelle. His single obsession is finding a serial killer who preys on the most innocent of victims, a man he thinks is responsible for many of the most gruesome unsolved cases in their files. And one chilling look convinces Mechelle that Hank’s right.

It’s a case that has been cold for a reason. Someone wants it to stay closed. And two cops will risk everything—their jobs, their reputations, even their lives—to uncover the truth, no matter where it takes them.

This was just okay. It certainly keeps you guessing, but it’s hard to have much respect for Mechelle. She’s pretty much a giant screw-up, and not in a particularly endearing way. And since you only ever see Gooch in a way that’s colored by her view, you never really feel much for him. About the best thing I can say about it is that it contains an accurate portrayal of rural/poor Southern speech patterns. 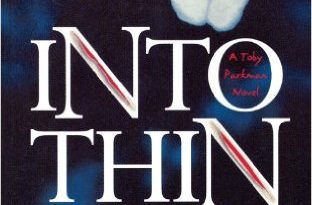