Book #30 was The Bone Collector, the first book in Jeffery Deaver’s Lincoln Rhyme series. The back of the book reads:

In his most gripping thriller yet, Jeffery Deaver takes readers on a terrifying ride into two ingenious minds…that of a physically challenged detective and the scheming killer he must stop. The detective was the former head of forensics at the NYPD, but is now a quadriplegic who can only exercise his mind. The killer is a man whose obsession with old New York helps him choose his next victim. Now, with the help of a beautiful young cop, this diabolical killer must be stopped before he can kill again!

This is the first book I’ve read in this series, which has been highly recommended to me. I enjoyed it, though Deaver makes Rhyme exceedingly hard to like. In fact, I’m still on the fence about him, but since I liked Amelia I’ll continue on with the series. I did like how the clues were figured out piece by piece…even though there were sudden revelations, they didn’t appear inconceivable. 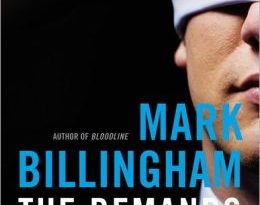