Book #6 was Between Friends by Debbie Macomber. Back of the book reads:

Debbie Macomber tells the story of a remarkable friendship — and tells it in a remarkable way. Between Friends is a story in which every woman will recognize herself . . . and her best friend.

The friendship between Jillian Lawton and Lesley Adamski begins in the postwar era of the 1950s. As they grow up, their circumstances, their choices — and their mistakes — take them invirtually opposite directions. Lesley gets pregnant and marries young, living a cramped life defined by the demands of small children, not enough money, an unfaithful husband. Jillian lives those years on a college campus shaken by the Vietnam War and then as an idealistic young lawyer in New York City.

Over the years and across the miles, through marriage, children, divorce and widowhood, Jillian and Lesley remain close, sharing every grief and every joy. There are no secrets between friends . . .

Whoever wrote the blurb on the back was right.. I did recognize myself and my best friend in this book. She was the one that married right after high school and started her family soon after. I was the one who went off to college. My friend and I aren’t as close as Lesley and Jillian, but those familiar feelings were still there. I really liked the addition of newspaper clippings and bumper stickers and such to the letters. Macomber did an excellent job conveying the feeling of each year as our lives are affected by current events. It really made me think of how many important events my parent’s generation has lived through, and how many I have yet to. 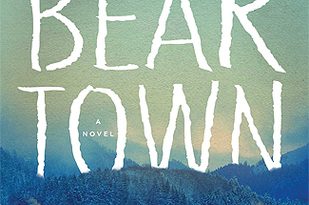