Book #66 was The Double Bind by Chris Bohjalian. The back of the book reads:

When college sophomore Laurel Estabrook is attacked while riding her bicycle through Vermontâ€™s back roads, her life is forever changed. Formerly outgoing, Laurel withdraws into her photography and begins to work at a homeless shelter. There she meets Bobbie Crocker, a man with a history of mental illness and a box of photographs that he wonâ€™t let anyone see. When Bobbie dies suddenly, Laurel discovers that he was telling the truth: before he was homeless, Bobbie Crocker was a successful photographer who had indeed worked with such legends as Chuck Berry, Robert Frost, and Eartha Kitt.

As Laurelâ€™s fascination with Bobbieâ€™s former life begins to merge into obsession, she becomes convinced that some of his photographs reveal a deeply hidden, dark family secret. Her search for the truth will lead her further from her old lifeâ€”and into a cat-and-mouse game with pursuers who claim they want to save her.

In this spellbinding literary thriller, rich with complex and compelling charactersâ€”including Jay Gatsby and Daisy Buchananâ€”Chris Bohjalian takes readers on his most intriguing, most haunting, and most unforgettable journey yet.

The first thing I did before I started this book was head to Wikipedia and read a summary of The Great Gatsby, since it’s been 12+ years since I read it, and it’s really an integral part of this book. I recommend that to anyone who picks this up.

I often start thinking about what I’m going to say about a book before I finish it. As I neared the end of this, my thoughts were “this wasn’t as good as Midwives or Water Witches“. Then, Bohjalian gives you a very M. Night Shyamalan-esque twist that completely redeems the story and made me go back and reread parts, to see if I should have seen it coming. Laurel’s behavior throughout the book is very strange, but by the end, it all makes sense.

All in all, this is a slow starter, but it’s worth it in the end. 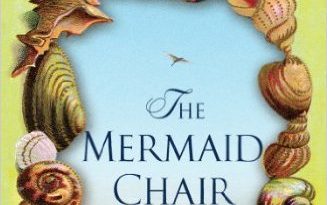