Book #67 was Portrait Of A Killer: Jack The Ripper — Case Closed by Patricia Cornwell. The back of the book reads:

America’s #1 bestselling crime writer solves the case that has baffled experts for more than a century.

For over 100 years the Jack the Ripper murders have remained among the world’s greatest unsolved crimes, and theories have been posited which point the finger at royalty, a barber, a doctor, a woman, and an artist. Using her formidable range of forensic and technical skills, bestselling author Patricia Cornwell has applied the rigorous discipline of twenty-first-century police investigation to the extant material, and here unmasks the killer.

Cornwell makes a good circumstantial case against Walter Richard Sickert, a painter. She blames him not only for the 5 murders attributed to Jack the Ripper, but for several others as well, including the murders of several children. Unfortunately, there’s no real physical proof, and apparently no room in this book for dissenting opinions.

I listened to what is apparently an abridged version of this book, despite owning a hard copy. I really don’t feel the need to pick up the book and fill in the blanks. 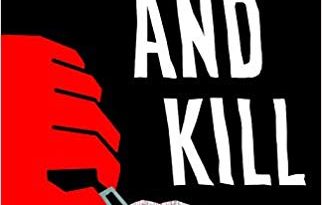