Book #65 was Blood Sport by Dick Francis. The back of the book reads:

Gene Hawkins takes on the job of locating a missing priceless breeding stallion. But he gets more action than he bargained for from a group of horse thieves who want to put Hawkins out to pasture–permanently.

Since this book was originally published in 1967, in many ways it seemed like a step back to a simpler time for me. A time with simple technologies, no sex, no cussing, and very mild violence. The story centers around the search for 3 missing breeding stallions, and it was made interesting even for someone who knows very little about the world of horse racing and breeding. Gene is also a rather unconventional leading man — mysterious (you never quite find out what it is he actually does for work), severely depressed (over a woman?), and often suicidal. In many ways this book is as much about him and his emotional roller coaster as it is about the search for the horses. It sucked me in, and I was glad to go along for the ride.

Also, for some reason I kept picturing Gene as Daniel Craig.Â  I don’t know if it was the British accent of the narrator or the fact that the first time you meet Gene he’s pulling a gun out from under his pillow, which is a very Bond thing to do. 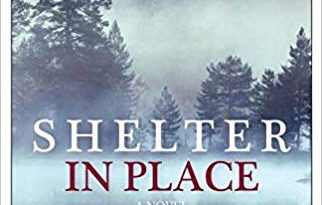