Book #9 was The Copenhagen Connection by Elizabeth Peters.  The back of the book reads:

A strange twist of fate brings Elizabeth Jones face to face with her idol, the brilliant, eccentric historian Margaret Rosenberg, at the Copenhagen Airport. An even stranger accident makes Elizabeth the esteemed scholar’s new private assistant. But luck can go from good to bad in an instant — and less than twenty-four hours later, the great lady is kidnapped by persons unknown. Suddenly desperate in a foreign land, Elizabeth must cast her lot with Rosenberg’s handsome, insufferable son Christian in hopes of finding her vanished benefactor. On a trail that leads from modern wonders to ancient mystery, a determined young woman and an arrogant "prince" must uncover shocking secrets carefully guarded in the beautiful Danish city. And they must survive a mysterious affair that is turning darker and deadlier by the hour.

This was basically a cute little caper with a convenient romantic entanglement. Not as well-written or in depth as Peters’ Amelia Peabody series, but an entertaining read none-the-less. 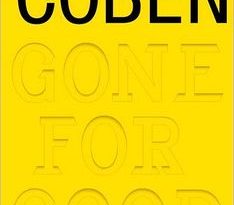