Book #25 was The Complaints, the first in a new series by Ian Rankin. The back of the book reads:

Nobody likes The Complaints–they’re the cops who investigate other cops. It’s a department known within the force as "The Dark Side," and it’s where Malcolm Fox works. He’s a serious man with a father in a nursing home and a sister who persists in an abusive relationship, frustrating problems about which he cannot seem to do anything.

Then the reluctant Fox is given a new case. There’s a cop named Jamie Breck, and he’s dirty. The problem is, no one can prove it. As Fox takes on the job, he learns that there’s more to Breck than anyone thinks–dangerous knowledge, especially when a vicious murder takes place far too close to home.

In THE COMPLAINTS, Rankin proves again why he is one of the world’s most beloved and bestselling crime writers, mixing unstoppable pacing with the deeper question of who decides right from wrong.

The Complaints is the first book in Rankin’s first series since the end of his Inspector Rebus series in 2007. Malcolm Fox is not like John Rebus; he’s a bit more low-key, and working outside the lines doesn’t come naturally to him. His job in Scotland’s version of Internal Affairs requires that he seek out the cops that step too far over that line.

After he closes a case against one particularly egregious offender, he’s asked to work with another division on a child pornography case. The suspect is another cop, but from the start things don’t feel quite right to Fox. After Fox’s sister’s boyfriend is murdered, he finds himself on the wrong side of the blue line, and his suspect is his only ally.

I enjoyed the twists and turns in this book. There’s an atmosphere of economic woe that contributes more gloom than the weather. Besides Jamie Breck, we don’t really get to know Fox’s colleagues well; we become much more familiar with his family. That Fox is someone who tries to clean up the system is not surprising — he’s a caretaker in all areas of his life. I’m looking forward to spending more time with Rankin’s newest protagonist. 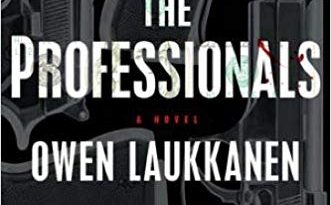