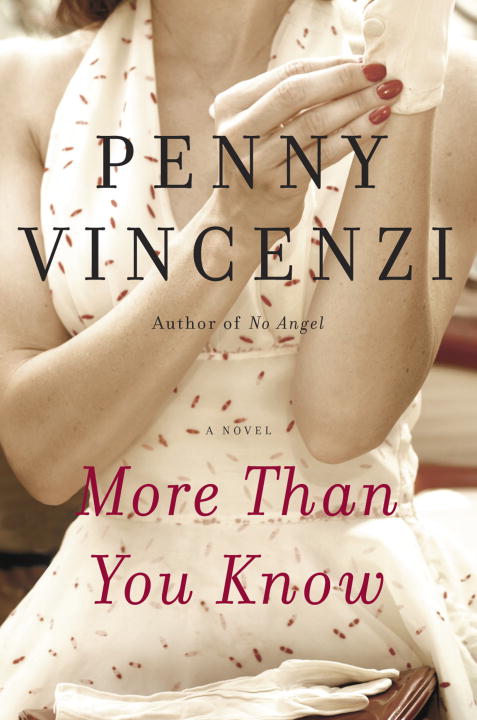 It all comes down to love or money in a harrowing custody battle over a little girl, set against the glossy backdrop of the magazine and advertising worlds in 1960s London.

A privileged girl from a privileged class, Eliza has a dazzling career in the magazine world of the 1960s. But when she falls deeply in love with Matt, an edgy working-class boy, she gives up her ritzy, fast-paced lifestyle to get married.

By the end of the decade, however, their marriage has suffered a harrowing breakdown, culminating in divorce and a dramatic courtroom custody battle over their little girl. Also at risk is Eliza’s gorgeous family home, a pawn in the game, which she can’t bear to give up.

True to form, Penny Vincenzi introduces a devious cast of characters seemingly plucked from the pages of sixties- and seventies-era magazines, as she deftly maneuvers between the glamorous, moneyed worlds of fashion and advertising, and a heart-wrenching custody battle going on in the courtroom where the social mores of the time are on full display.

I love Penny Vincenzi, though I can’t tell you exactly why.

Part of it is the rich world she delivers. I know little about London in the 1960s, or about fashion magazines, or about real estate, but I was immediately drawn into Eliza and Matt’s lives. I enjoyed reading about how they flit in and out of each others’ lives before they marry. I also liked seeing the social changes happening in the world during that time period.

A larger part of it is the dialogue. Vincenzi relies heavily upon dialogue to tell her story, with some sections having no exposition at all. It can get confusing at times — there were a few sections where it took a paragraph or two before I was certain who was speaking — but her dialogue is so natural and effortless that I couldn’t summon a care.

As for the characters, there are definitely a lot. Not only are there Eliza and Matt and their respective families, but several friends, acquaintances, and coworkers. Each of them works to show a different aspect of the story; no one is superfluous. I liked both Eliza and Matt, and could see each of their points of view, but I definitely thought Matt was a bit too boorish. I understand that Vincenzi was trying to root him solidly in out-dated mid-century views, but sometimes his bull-headedness was a bit overdone. But I guess it balances out when you consider how ridiculously helpless Eliza is at times. You can see why they were attracted to each other, but you can also see that it was doomed from the start.

That all may sound like I really have a beef with the book, but I definitely did not. I loved this, from beginning to end. It was an absolute joy to read. It made me think, and it made me feel, and I’m not sure what more you can ask for.