Lily Yu is a San Diego police detective investigating a series of grisly murders that appear to be the work of a werewolf. To hunt down the killer, she must infiltrate the clans. Only one man can help her–a were named Rule Turner, a prince of the lupi, whose charismatic presence disturbs Lily. Rule has his own reasons for helping the investigation–reasons he doesn’t want to share with Lily. Logic and honor demand she keep her distance, but the attraction between them is immediate and devastating-and beyond human reason. Now, in a race to fend off evil, Lily finds herself in uncharted territory, tested as never before, and at her back a man who she’s not sure she can trust ….

This is pretty much your run-of-the-mill paranormal romance. Lily is human, for the most part. She does have some psychic powers. Rule is not only a werewolf, he’s the prince of the local dominant pack. Of course, sparks fly, and angst ensues.

There is one major flaw. I felt that you’re thrown into the story a bit suddenly. The book opens with the murder scene, and there you are in the middle of everything with very little world-building. It took me several chapters to feel like I had a handle on the world and its various creatures and politics. I was so confused I actually checked to make sure this was indeed the first book in the series. This meant it took me that much longer to connect with the characters.

Overall, it wasn’t a bad read, it just could have been better. I’m sure I’ll read more in the series. 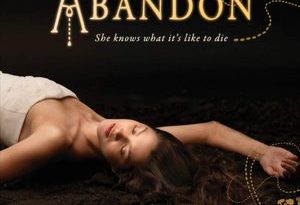