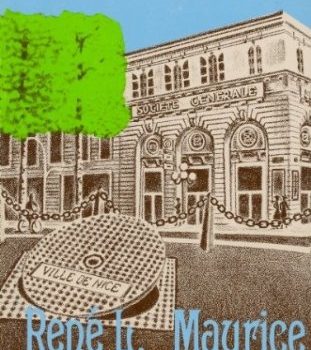 Follett’s engaging Streets of Nice tells the true story of Albert Spaggiari, the man who engineered the European crime of the century. Intriguingly, he accomplished his 1976 bank heist “without guns, without violence, without hate.” Here is the breathtakingly compelling story of Spaggiari, his “sewer gang,” and the most daring, outrageous theft of the century.

This has been sitting on my bookshelf for quite a while, and until I picked it up to read, I never realized it was non-fiction.

I can’t say that the book is particularly exciting, and I’m not sure how much of that is actually attributable to Follett. I believe much of the story is translated from an earlier French work (see his take on it here — he even tried to prevent it from being published!). But though the storytelling isn’t very compelling, I found that the circumstances of the robbery were. It really was quite an ingenious plan, and if everyone involved was as smart as Spaggiari, they probably would have gotten away with it completely.

Available from:  WorldCat (book is not widely available for purchase)