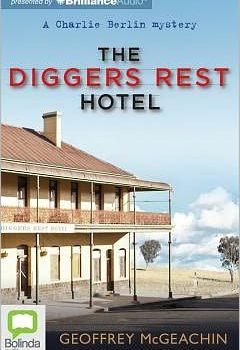 In 1947, two years after witnessing the death of a young Jewish woman in Poland, Charlie Berlin has rejoined the police force a different man. Sent to investigate a spate of robberies in rural Victoria, he soon discovers that World War II has changed even the most ordinary of places and people.

When Berlin travels to Albury-Wodonga to track down the gang behind the robberies, he suspects he’s a problem cop being set up to fail. Taking a room at the Diggers Rest Hotel in Wodonga, he sets about solving a case that no one else can – with the help of feisty, ambitious journalist Rebecca Green and rookie constable Rob Roberts, the only cop in town he can trust. Then the decapitated body of a young girl turns up in a back alley, and Berlin’s investigations lead him ever further through layers of small-town fears, secrets and despair.

The first Charlie Berlin mystery takes us into a world of secret alliances and loyalties – and a society dealing with the effects of a war that changed men forever.

It took me a little while to get into this audio book, but I think it was just because I was unaccustomed to the Australian accent and lingo. Once I adjusted, I easily became absorbed in the story.

Charlie is a little rough around the edges, but I grew to like him. He was obviously damaged by his wartime experiences, but he was starting to work his way through it. In many ways, he seemed much older than his 29 years. I also liked Rebecca, who I could completely picture in my mind, Hepburn-esque in her boldness and independence. She was a good match to Charlie. I also liked Charlie’s escort, Roberts. Fresh-faced, but not nearly as naive as he appeared.

As far as the mystery is concerned, I had a hard time getting really invested in the bank robberies. But the murder was another matter. It was that mystery that really drove the rest of the book, and the outcome of that investigation was unexpected — the robberies, not so much. More than the mysteries, this book has a lot to do with the effects of World War II on soldiers and the ones that were left behind. It was interesting for me to see the war from another country’s perspective. I’d never thought much about Australia’s role in the war, even considering its proximity to Japan.

I certainly wouldn’t mind if other books in this series happened to cross my path. 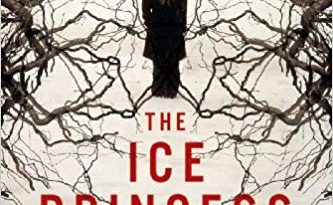