Book #114 was Step on a Crack by James Patterson. The back of the book reads:

Detective Michael Bennett is about to take on the most sinister challenge of his career. The nation has fallen into mourning after the unexpected death of a beloved former first lady, and the most powerful people in the world gather in New York for her funeral. Then the inconceivable occurs. Billionaires, politicians, and superstars of every kind are suddenly trapped within one man’s brilliant and ruthless scenario. Bennett–father of ten–is pulled into the fray. As the danger escalates, Michael is hit with devastating news. After fighting for many years, his wife has succumbed to a terrible disease. As New York descends into chaos, he has lost the great love of his life and faces raising his ten devastated children alone–and rescuing 34 hostages. Day after day, Bennett confronts the most ruthless man he has ever dealt with, a man who kills without hesitation and counters everything the NYPD and FBI throw at him with impunity. As the entire world watches and the tension boils to a searing heat, Bennett has to find a way out–or face responsibility for the greatest debacle in history.

As much as I liked the Bennetts and all of their preciousness and would read another book with them in it, the rest of this book felt hollow and cliched to me. I couldn’t bring myself to feel connected to or care about any of the hostage except Eugenia, which is just as well since you don’t hear a bit about them as individuals after the hostage situation ends. And his wife’s sickness and eventual death seemed really contrived to me, like Patterson is trying to make you like Bennett because look! His wife is dying! Poor guy! I think it would have worked better if she was already dead before the story began. 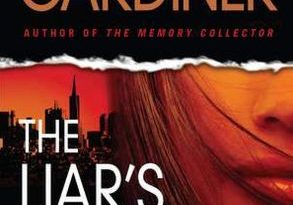