Book #27 was The Time Traveler’s Wife by Audrey Niffenegger. The back of the book reads:

A dazzling novel in the most untraditional fashion, this is the remarkable story of Henry DeTamble, a dashing, adventuresome librarian who travels involuntarily through time, and Clare Abshire, an artist whose life takes a natural sequential course. Henry and Clare’s passionate love affair endures across a sea of time and captures the two lovers in an impossibly romantic trap, and it is Audrey Niffenegger’s cinematic storytelling that makes the novel’s unconventional chronology so vibrantly triumphant.

This was the most beautiful, unique story I’ve read in ages. I was intrigued by it almost from the start. I’m not a poetry fan, but the poems used in this book were beautiful and odd and appropriate. I liked the use of both Henry and Clare’s points of view. For me, it raised some interesting questions about fate and free will. Despite the jumping around in time, I didn’t find it hard to follow at all.

I read some of the negative reviews on Amazon, because when I like a book this much I like the see why people *didn’t* like it, to see if I was blinded to something. It seemed to me that the people that didn’t like either 1) didn’t like that it jumped around in time, 2) didn’t like the language and/or sex, 3) found some fault in the mechanics of the time travel, 4) thought the characters were flat (huh?) or 5) thought it was too long and/or wordy. Personally, I enjoyed the level of detail, and I liked that it was really set up as a series of vignettes. It seemed to be the only way it could be done. Dates and ages were given at every step, so I’m not sure why people get so lost.

I did listen to this rather than read it, and I wonder if I would have felt the same if I *had* read it. I listened to the unabridged version read by William Hope and Laurel Lefkow, and it was masterful. The only problem was that towards the end I was in danger of DWS — Driving While Sobbing. Very distracting! 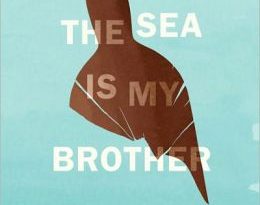