Book #62 was The Harlequin, the 15th book in Laurell K. Hamiton’s Anita Blake series. The back of the book reads:

Anita Blake is about to face the challenge of her life. Into her world-a world already overflowing with power-have come creatures so feared that powerful, centuries-old vampires refuse to mention their names. It is forbidden to speak of The Harlequin unless you’ve been contacted. And to be contacted by The Harlequin is to be under sentence of death.

Long-time rivals for Anita’s affections, Jean-Claude, Master Vampire of the City, and Richard, alpha-werewolf, will need to become allies. Shapeshifters Nathaniel and Micah will have to step up their support. And then there’s Edward. In this situation, Anita knows that she needs to call the one man who has always been there for her…

Man, oh man, oh man. I am excited about this series again.

This book got back to a lot of the things that made me devour this series in the first place — a big bad villain, Edward, and Anita’s general kick-assedness. If this book had been nothing but sex like the last, oh, 3 or 4, I may have given it up. But there was no sex in this one until page 143, and even then there were only 3 sex scenes total. Hallelujah! Maybe Hamilton’s finally listening to her fans.

Now, if she could just figure out a way to get rid of Richard without killing Anita and Jean-Claude. I’m getting rather sick of him.

If you loved the first 9 books of this series, you will love this one. 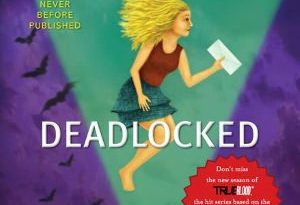