Book #69 was Death on the Nile, a Hercule Poirot mystery by Agatha Christie. The back of the book reads:

A honeymoon cruise for Simon and Linnet Doyle turns into a nightmare when Linnet is found shot to death. One of the passengers is Jacqueline de Bellefort, Simon’s jealous ex-fiance, who has confessed to Hercule Poirot that she wants revenge for Linnet stealing Simon from her. But when two more murders are committed, Poirot begins to see that no one on the ship is as straightforward as they seemed.

What can you say about Agatha Christie? It’s a winner, of course. There’s a nice twist at the end of this, and Poirot says something rather interesting… “love stories always end in tragedy”.Â  And I love the BBC audio productions. 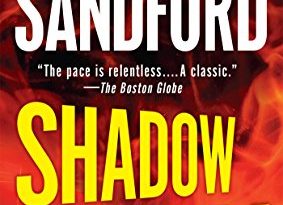