This uncounted book was Terrorist by John Updike. The back of the book reads:

John Updike has written a brilliant novel that ranks among the most provocative of his distinguished career. Terrorist is the story of Ahmad Ashmawy Mulloy, an alienated American-born teenager who spurns the materialistic, hedonistic life he witnesses in the slumping New Jersey factory town he calls home. Turning to the words of the Holy Qurâ€™an as expounded to him by the pedantic imam of a local mosque, Ahmad devotes himself fervently to God. Neither the world-weary guidance counselor at his high school nor Ahmadâ€™s mischievously seductive classmate Joryleen succeeds in deflecting him from his course, as the threads of an insidious plot gather around him.

Okay, I didn’t exactly finish this one, but I’m finished with it. I gave it 105 pages. Do you want to know what happened in 105 pages? Ahmad met with his guidance counselor, went to church, and went to a lesson with his Qur’an teacher. That’s it. I was so bored with this that I couldn’t even bring myself to care about the blatant anti-Americanism and misogynism. The red light started flashing when I hit the 18 page description of a church mass (or whatever it’s called when it’s not a Catholic church). By the time I hit the 11 pages describing his Qur’an lesson, I was more than done. I need some plot! 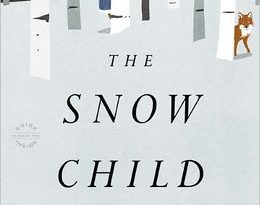