Book #40 was 20th Century Ghosts by Joe Hill.  The back of the book reads:

Imogene is young and beautiful. She kisses like a movie star and knows everything about every film ever made. She’s also dead and waiting in the Rosebud Theater for Alec Sheldon one afternoon in 1945. . . .

Arthur Roth is a lonely kid with big ideas and a gift for attracting abuse. It isn’t easy to make friends when you’re the only inflatable boy in town. . . .

Francis is unhappy. Francis was human once, but that was then. Now he’s an eight-foot-tall locust and everyone in Calliphora will tremble when they hear him sing. . . .

John Finney is locked in a basement that’s stained with the blood of half a dozen other murdered children. In the cellar with him is an antique telephone, long since disconnected, but which rings at night with calls from the dead. . . .

Hill may not be using his father’s name, but he’s certainly inherited his father’s imagination. I thought this was a great collection, and I’m really not a short story fan. They’re not all horror and gore… some of the stories are sweet, touching, even familiar. Though some of them definitely creeped me out. My favorites were 20th Century Ghost, Voluntary Committal, Pop Art, and The Black Phone. 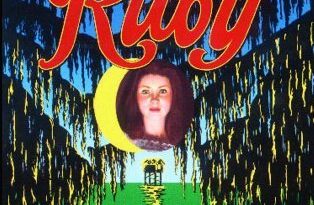