Book #19 was Undead and Unemployed, the second book in MaryJanice Davidsonâ€™s Queen Betsy series.  The back of the book reads:

Being royally undead isn’t all it’s cracked up to be–there are still bills to be paid. Luckily, new Queen of the Vampires Betsy Taylor lands her dream job selling designer shoes at Macy’s.

But when a string of vampire murders hits St. Paul, Betsy must enlist the help of the one vamp who makes her blood boil: the oh-so-sexy Sinclair. Now, she’s really treading on dangerous ground–high heels and all.

I have to confess, I found this second book not as good as the first one.  It was just average.  I like the sarcasm and tone (which I was more prepared for this time), but the plot felt sort of hollow to me.  Most of the book is Betsy arguing with other people over various issues â€“ where to live, whether or not to work, who loves who, etc.  I didnâ€™t think there was really enough chemistry between Betsy and Sinclair here, though they do have their moments.   And they donâ€™t really solve the mystery as much as they just happen upon the solution. I find the series entertaining enough to continue, but Iâ€™m hoping for a little more oomph in the next one. 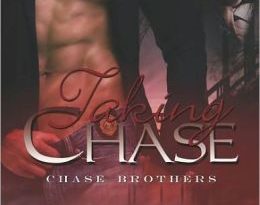