Book #38 was The Masque of the Black Tulip, the second book in Lauren Willigâ€™s Pink Carnation series.Â  The back of the book reads:

Harvard grad student Eloise Kelly achieved the academic coup of the century when she unmasked the spy who saved England from Napoleon. But now she has a million questions about the Pink Carnation’s deadly French nemesis, the Black Tulip. And she’s pretty sure that her handsome on-again, off-again crush, Colin Selwick, has the answers somewhere in his archives. But what she discovers in an old codebook is something juicier than she ever imagined.

I loved this book as much as the first, The Secret History of the Pink Carnation.Â  This one was more romance than mystery, but thereâ€™s a healthy dose of each. And humor! Once again, Eloise isnâ€™t sure what she wants, but sheâ€™s sure sheâ€™s making a pretty big fool of herself. And back in history, the secret agents of England and France are up to their old tricks, except this time, Henrietta, the Purple Gentianâ€™s sister, wants in on the action. Itâ€™s not too hard to figure out who the Black Tulip really is, but watching the characters follow the red herring is part of the fun. The book ends with a bit of a cliffhanger in Eloiseâ€™s story, so Iâ€™m anxious to see where it goes! 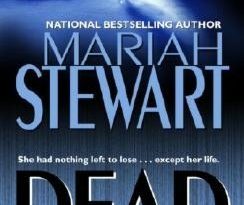