Book #17 was Black Magic Sanction, the eighth book in Kim Harrison’s wonderful Rachel Morgan series. The back of the book reads:

Rachel Morgan has fought and hunted vampires, werewolves, banshees, demons, and other supernatural dangers as both witch and bounty hunter—and lived to tell the tale. But she’s never faced off against her own kind . . . until now.

Denounced and shunned for dealing with demons and black magic, her best hope is life imprisonment—her worst, a forced lobotomy and genetic slavery. Only her enemies are strong enough to help her win her freedom. But trust comes hard when it hinges on the unscrupulous tycoon Trent Kalamack, the demon Algaliarept, and a lowlife ex-boyfriend-turned-thief.

There are few series that have captured me the way this one has. I’ve been thinking about this review for over a week, and I’m afraid the only way I can explain is in fractured points.

I love that Harrison throws us directly into the action.  We’re mere pages into the book when things start to go south for Rachel. This isn’t one of those series you can just jump into at any point and understand.  And that’s perfectly alright.

If you *do* jump in without reading the books before, Harrison is adept at weaving in the relevant back story without it feeling ham-fisted, forced, or completely out of place. It’s also a nice reminder for when there’s a year or more between the reading of volumes.

I love that Rachel is far from perfect.  She repeats her mistakes. She has questionable taste in men (though I happen to like Pierce). She’s protective of others to a fault. She has irrational attachments. She’ll push forward with plans she should know won’t work. She sometimes trusts in the wrong people. And she has an infuriating stubborn streak, not to mention her inability to see in shades of gray instead of black and white. Even though she sees that white magic can be just as dangerous as black, she still treats black magic (and those that practice it) as the scum on the bottom of her shoe. But a lot of the enjoyment of this series is watching what she does and then yelling at her for it. I wouldn’t have her any other way.

I love Trent Kalamack.  Yes, the ruthless, conniving elf is one of my favorite characters, even more than Ivy. His relationship with Rachel has many levels, and I’m not sure either of them really understand it. But he won’t rest easy until she’s under his thumb.

I’ve even developed a certain amount of respect for the demon Al.

Most of all, I love Rachel’s fight. Even when she’s misguided and wrong, tired and hungry, hurt and lost, she never stops fighting.

A bonus is Marguerite Gavin’s incredible narration on the audiobook.  She will always be the voice of Rachel for me. 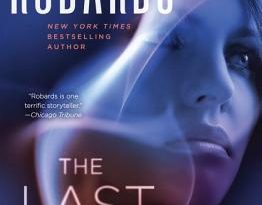