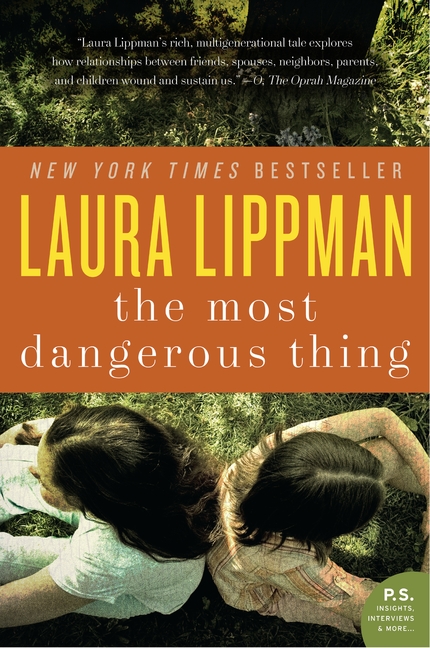 Some secrets can’t be kept…

Years ago, they were all the best of friends. But as time passed and circumstances changed, they grew apart, became adults with families of their own, and began to forget about the past—and the terrible lie they all shared. But now Gordon, the youngest and wildest of the five, has died and the others are thrown together for the first time in years.

And then the revelations start.

Could their long-ago lie be the reason for their troubles today? Is it more dangerous to admit to what they’ve done or is it the strain of keeping the secret that is beginning to wear on them and everyone close to them? Each one of these old friends has to wonder if their secret has been discovered—and if someone within the circle is out to destroy them.

I did not like this book anywhere near as much as I’ve liked Lippman’s other novels. She states that this is the most personal book she’s written, setting it in the area she grew up in, and I think the plot suffers for it.

The story follows the adult versions of childhood friends Gwen, McKey (nee Mickey), Tim, and Sean, awkwardly brought together after the death of the boys’ younger brother, Gordon. They are all keeping a terrible secret, which is supposed to be revealed to us in drips and drabs along the way, both through the present and the past.

The plot meanders along, and really struggled. By the end, it was difficult to muster any strong emotions about the “big” secret.  It felt like Lippman really wanted to use this setting, but had a hard time finding a story to go along with it. I think she was too close to it.