Book #45 was Bonk: The Curious Coupling of Science and Sex by Mary Roach.Â  The back of the book reads:

The study of sexual physiologyâ€”what happens, and why, and how to make it happen betterâ€”has been going on for centuries, behind the closed doors of laboratories, brothels, Alfred Kinsey’s attic, and, more recently, MRI centers, pig farms, and sex-toy R&D labs.Â  I spent two years wheedlingÂ  and conniving my way behind those doors to bring you the answers to the questions Dr. Ruth never asked.Â  Is your penis three inches longer than you think? Is vaginal orgasm a myth?Â  Can a dead man get an erection? Why doesn’t Viagra help womenâ€”or, for that matter, pandas?

I donâ€™t read more than a few non-fiction books a year, but this was recommended to us by my husbandâ€™s coworker, so I agreed to give it a listen.Â  It was quite entertaining!Â  The book isnâ€™t about sex as much as it is about sex research, discussing the works of well-known researchers such as Kinsey and Masters and Johnson as well as lesser known researchers. One chapter discussed Dr. Ahmed Shafik, a researcher living in Cairo.Â  It was interesting to see what he must to do get his research done in a country where even talking about sex on TV is still taboo.Â  I also thought the information on how sexual stimulation and orgasm can help patients that have MS or are paralyzed was quite fascinating. Roach has a great sense of humor, making this an enjoyable read.Â  I plan to check out her other two books, Stiff (about cadavers) and Spook (about ghosts). 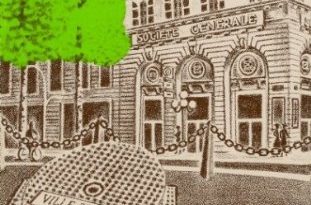