Book #60 was Breathers: A Zombie’s Lament by S.G. Browne.  The back of the book reads:

For fans of Max Brooksâ€™s The Zombie Survival Guide and zombie aficionados everywhere, a hilarious debut novel about life (and love) after death.

Meet Andy Warner, a recently deceased everyman and newly minted zombie. Resented by his parents, abandoned by his friends, and reviled by a society that no longer considers him human, Andy is having a bit of trouble adjusting to his new existence. But all that changes when he goes to an Undead Anonymous meeting and finds kindred souls in Rita, an impossibly sexy recent suicide with a taste for the formaldehyde in cosmetic products, and Jerry, a twenty-one-year-old car-crash victim with an exposed brain and a penchant for Renaissance pornography. When the group meets a rogue zombie who teaches them the joys of human flesh, things start to get messy, and Andy embarks on a journey of self-discovery that will take him from his casket to the SPCA to a media-driven class-action lawsuit on behalf of the rights of zombies everywhere.

Darkly funny, surprisingly touching, and gory enough to satisfy even the most discerning reader, Breathers is a romantic zombie comedy (rom-zom-com, for short) that will leave you laughing, squirming, and clamoring for more.

When Andy wakes up one morning and discovers that he’s stuffed his dismembered parents into their new Amana fridge, he has to stop for a moment and wonder how he’s ended up in this position.  He was living a perfectly great life with a wife and young daughter and then bam! Dead.  Or rather, undead.  He, like the rest of the zombies, didn’t ask to be reanimated, and are now part of the lowest of the lower classes, treated little better than stray pets. Disallowed from participating in society in any sort of productive way, what’s a zombie to do with his days?  Andy, fed up with having food (and worse) thrown at him every time he walks down the street, decides it’s time for someone to take a stand.  After all, zombies are people too! I really enjoyed this, but it does lose its narrative thread a bit once Andy really ramps up his fight for his rights by trying to get his social security number back. And the ending was not at all what I expected…. but can a zombie love story really have a happy ending? The book does say something about how we treat those who are different than us and I think it’s a good message, without being too preachy. 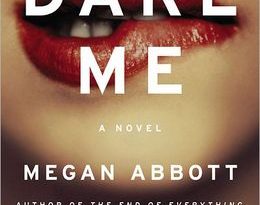 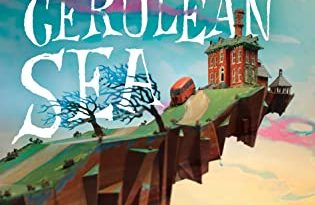