Book #9 was Amelia Peabody’s Egypt: A Compendium by Elizabeth Peters.Â  The back of the book reads:

The Egypt that so enticed and enchanted intrepid archaeologist-sleuth Amelia Peabody in the late nineteenth and twentieth centuries was a place of wonder, mystery, danger, and the lure of antiquity. Now, with this monumental volume of Egyptian culture, history, and arcania, readers will be able to immerse themselves in the great lady’s world more completely than ever before.

Journey through the bustling streets and markets of Cairo a hundred years ago. Surround yourself with the customs and color of a bygone time. Explore ancient tombs and temples and marvel at the history of this remarkable land — from the age of the pharaohs through the Napoleonic era to the First World War. Also included in Amelia Peabody’s Egypt are a hitherto unpublished journal entry and intimate biographies of the Emersons and their friends, which provide a uniquely personal view of the lives, relationships, opinions, politics, and delightful eccentricities of mystery’s first family, as well as unforgettable pearls of wit and wisdom from everyone’s favorite fictional Egyptologist herself.

Containing nearly 600 black-and-white photographs and illustrations, and articles by numerous experts, Amelia Peabody’s Egypt sparkles with unforgettable glimpses of the exotic and the bizarre, the unusual and the unfamiliar — a treasure trove that overflows with Egyptological riches, along with wonderful insights into the culture and mores of the Victorian era, including the prevalent attitudes on empire, fashion, feminism, tourists, servants, and much more.

A one-of-a-kind collection that offers endless hours of pleasure for Peabodyphiles and Egypt aficionados alike, here is a tome to cherish; a grand and glorious celebration of the life, the work, and the world of the incomparable Amelia Peabody.

This was pure indulgence on my part, as I spotted it while trying to find my way through one of the libraries in Roanoke. Between visiting Egypt in the last couple of years and reading Nefertiti a few months ago, I’ve become quite interested in all things Egypt.Â  I’ve enjoyed the Amelia Peabody series, so I thought this would be fun. It’s what I would consider to be slightly fictionalized non-fiction, as the Emersons are inserted into a quite real history. Some parts were more readable than others, and the ones I enjoyed most were A Splendid Overview of Egyptoloy: Napoleon to World War I; A Commanding Prospective: The British in Egypt, 1884 – 1917; An Expert Analysis of the Principles of Islam as Encountered by the Emersons; A Skillful Overview of Victorian Servants & Their Duties; A Sympathetic Scrutiny of the Victorian Philosophy of Childrearing; Ancient Egypt 101: A Quick Refresher Course; and all of the pictorial essays.Â  The one thing I did think was lacking was information about the time in Egypt after Alexander the Great, such as during Cleopatra’s time.Â  There wasn’t much covered about history after the Pharaohs. 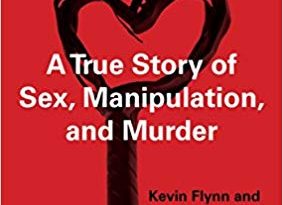 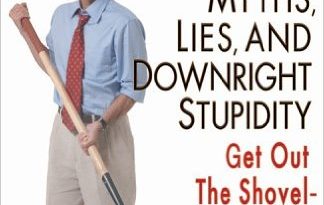