Book #3 was Lamb: The Gospel According to Biff, Christ’s Childhood Pal by Christopher Moore.  The back of the book reads:

The birth of Jesus has been well chronicled, as have his glorious teachings, acts, and divine sacrifice after his thirtieth birthday. But no one knows about the early life of the Son of God, the missing years — except Biff, the Messiah’s best bud, who has been resurrected to tell the story in the divinely hilarious yet heartfelt work "reminiscent of Vonnegut and Douglas Adams" (Philadelphia Inquirer).

Verily, the story Biff has to tell is a miraculous one, filled with remarkable journeys, magic, healings, kung fu, corpse reanimations, demons, and hot babes. Even the considerable wiles and devotion of the Savior’s pal may not be enough to divert Joshua from his tragic destiny. But there’s no one who loves Josh more — except maybe "Maggie," Mary of Magdala — and Biff isn’t about to let his extraordinary pal suffer and ascend without a fight.

I thought this was pretty good, and not nearly as sacrilegious as I thought it might be. When we meet Joshua (Jesus) at a young age he is already quite aware of who he is and who his father is, amusing his younger brother by bringing dead lizards back to life (his ability to reanimate is a recurring theme). Biff is quite likeable, if misguided at times, and is thoroughly devoted to Josh — something that is readily apparent by the end of the story.  There’s no big surprise about how it ends, but the middle is wholly original. Josh and Biff’s journey to find the three wise men who witnessed his birth has a touch of The Christmas Carol in it, as Josh learns something new about himself with each adventure. This is definitely one of Moore’s stronger novels. 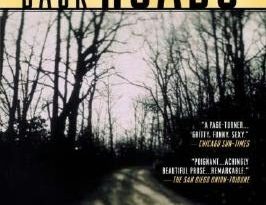