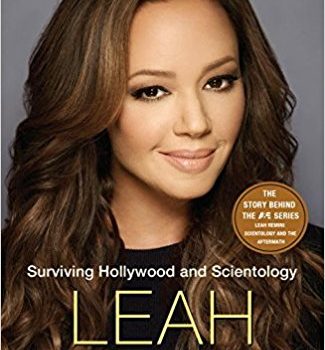 Leah Remini has never been the type to hold her tongue. That willingness to speak her mind, stand her ground, and rattle the occasional cage has enabled this tough-talking girl from Brooklyn to forge an enduring and successful career in Hollywood. But being a troublemaker has come at a cost.

That was never more evident than in 2013, when Remini loudly and publicly broke with the Church of Scientology. Now, in this frank, funny, poignant memoir, the former King of Queens star opens up about that experience for the first time, revealing the in-depth details of her painful split with the church and its controversial practices.

Indoctrinated into the church as a child while living with her mother and sister in New York, Remini eventually moved to Los Angeles, where her dreams of becoming an actress and advancing Scientology's causes grew increasingly intertwined. As an adult, she found the success she'd worked so hard for, and with it a prominent place in the hierarchy of celebrity Scientologists alongside people such as Tom Cruise, Scientology's most high-profile adherent. Remini spent time directly with Cruise and was included among the guests at his 2006 wedding to Katie Holmes.

But when she began to raise questions about some of the church's actions, she found herself a target. In the end, she was declared by the church to be a threat to their organization and therefore a "Suppressive Person," and as a result, all of her fellow parishioners--including members of her own family--were told to disconnect from her. Forever.

Bold, brash, and bravely confessional, Troublemaker chronicles Leah Remini's remarkable journey toward emotional and spiritual freedom, both for herself and for her family. This is a memoir designed to reveal the hard-won truths of a life lived honestly--from an author unafraid of the consequences.


As someone with more than a passing interest in topics like true crime and cults, I’ve long found everything surrounding Scientology to be interesting. Leah Remini is not the first person to escape Scientology, nor even the first celebrity, but it’s possible that she’s been the loudest.

Before I started the book, I though that Remini had been born into Scientology, so I was surprised to find out that her mother joined when Leah was 9, and she was then along for the ride. Remini wasn’t a casual practitioner. She was a Sea Org member as a teen, and fully admits that she bought into the “religion”, one hundred percent. She was a true believer, and thought that everything she did was to make the world “clear”. She was luckier than a lot of children in Scientology — she got to spend her childhood with her mother, rather than be separated very early like most children. And she was then encouraged to pursue her acting career, because celebrities are extremely valuable, because of both their reach and their money.

The heart of the book is Remini’s journey through her late teens until the time she decided to leave the religion, when she was 43. If you are familiar with her and how she speaks, the book is written completely in her voice. You can hear her saying everything. It was interesting to see how her view of Scientology changed over time, and how she began to see the holes in the logic, even as she was cooperating with them. She participated in hours upon hours of auditing, and wrote many a giant check so they would overlook her missteps. Everything comes to a head around the time of Tom Cruise’s wedding, and soon it’s plain to her that she can’t be a part of what’s happening any longer. Nor can she be silent about it.

I thought this was a solid memoir. Remini doesn’t paint herself as a savior, or a perfect person. She’s very up front with all of her indiscretions, because she knew that the first thing Scientology would do is try to smear her name. The book does get a bit repetitive in places; it probably could have used some tighter editing. But her story and the inside look at Scientology is quite interesting.

I’ve also been watching her series on A&E, where she speaks with former Scientologists. It is fascinating. I admire what she and the show’s other participants are doing, and I think there are people who are going to have much better lives because of it.

Also, if you are interested in what it’s like for a lay person to join Scientology, there’s a great podcast called Oh No Ross & Carrie that has a multi-part series. 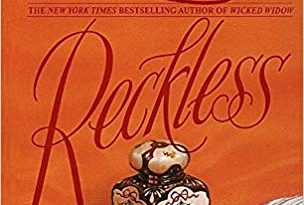 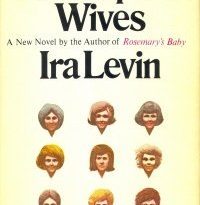 One thought on “2017: #9 – Troublemaker: Surviving Hollywood and Scientology (Leah Remini)”