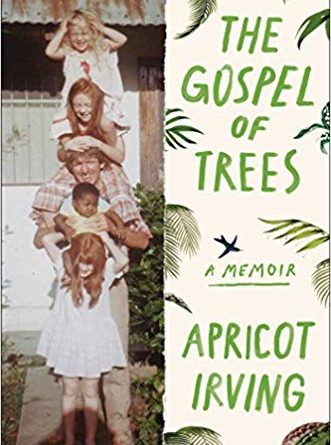 The Gospel of Trees: A Memoir by Apricot Irving
Published by Simon Schuster on March 6, 2018
Genres: memoir
Pages: 384

In this compelling, beautiful memoir, award-winning writer Apricot Irving recounts her childhood as a missionary’s daughter in Haiti during a time of upheaval—both in the country and in her home.

Apricot Irving grew up as a missionary’s daughter in Haiti—a country easy to sensationalize but difficult to understand. Her father was an agronomist, a man who hiked alone into the hills with a macouti of seeds to preach the gospel of trees in a deforested but resilient country. Her mother and sisters, meanwhile, spent most of their days in the confines of the hospital compound they called home. As a child, this felt like paradise to Irving; as a teenager, the same setting felt like a prison. Outside of the walls of the missionary enclave, Haiti was a tumult of bugle-call bus horns and bicycles that jangled over hard-packed dirt, the clamor of chickens and cicadas, the sudden, insistent clatter of rain as it hammered across tin roofs and the swell of voices running ahead of the storm.

As she emerges into womanhood, an already confusing process made all the more complicated by Christianity’s demands, Irving struggles to understand her father’s choices. His unswerving commitment to his mission, and the anger and despair that followed failed enterprises, threatened to splinter his family.

Beautiful, poignant, and explosive, The Gospel of Trees is the story of a family crushed by ideals, and restored to kindness by honesty. Told against the backdrop of Haiti’s long history of intervention—often unwelcome—it grapples with the complicated legacy of those who wish to improve the world. Drawing from family letters, cassette tapes, journals, and interviews, it is an exploration of missionary culpability and idealism, told from within.


I can’t say that I loved this, but it was alright. It was interesting, at least. The story follows Apricot and her family through their missionary trips to Haiti. They were almost accidental missionaries, falling into the opportunity as her parents searched for adventure, but it soon became an obsession.

Apricot’s father was there as an agronomist, believing that trees were the key to a new flourishing Haiti. A lot of damage was done to both the island and its economy following the mass harvesting of trees, first to clear land to grow coffee and sugar cane, then later to export timber and charcoal. Unfortunately, the trees were cut down faster than they could be replaced, and the damage to the land from erosion and other issues have been long lasting.

I disliked Apricot’s father. I’m not even certain his heart was in the right place, as his obsession with the trees, usually to the detriment of his family, seemed to be more about personal ego than actually improving the island.

This book did teach me a few things, particularly about the history of Haiti and, perhaps mostly importantly, how damaging missionary work can actually be if it’s not done correctly. I’m not sure if that was the author’s intention, but there it is. 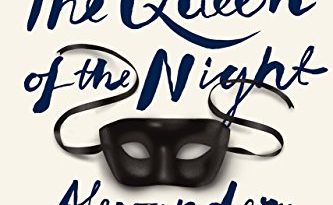 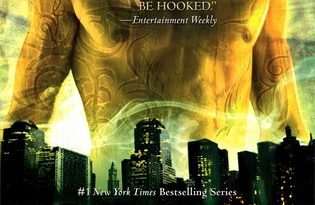