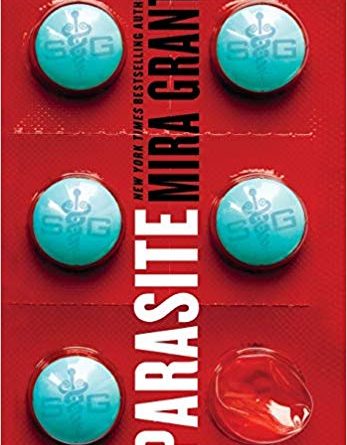 A decade in the future, humanity thrives in the absence of sickness and disease.

We owe our good health to a humble parasite - a genetically engineered tapeworm developed by the pioneering SymboGen Corporation. When implanted, the tapeworm protects us from illness, boosts our immune system - even secretes designer drugs. It's been successful beyond the scientists' wildest dreams. Now, years on, almost every human being has a SymboGen tapeworm living within them.

But these parasites are getting restless. They want their own lives...and will do anything to get them.

I loved Grant’s Newsflesh trilogy, but haven’t ready any of her work since. Unsurprisingly, I enjoyed this just as much!

Parasite is centered around Sal Mitchell, who used to be Sally until Sally had a seizure and drove into a bus. Everyone thought Sally was dead, until Sal woke up, presumably saved by the medical tapeworm living inside her. But Sal has no memory of life before the accident, and must relearn how to be a person.

In this future time, tapeworms are humanity’s saviors. The specially-engineered parasites are tailored to solve the problems that people took pills for in the past — allergies, mental health issues, diabetes, etc. Better living through medicine is for chumps, let your tapeworm take care of you! And the mastermind behind the tapeworms, Steven Banks and his company Symbogen, are especially interested in helping Sal adjust to her new life, and the fact that they get to study what happened to her along the way is just a bonus, right?

The problem is, people are starting to act strange, falling prey to a “sleeping” sickness that anyone in our world would recognize as “becoming a zombie”. Why is it that zombie pop culture never exists in zombie books, so no one recognizes “hey, that person is becoming a zombie!”? Between Symbogen and Sal’s father, a general working for USAMRIID, Sal finds herself right in the middle of the trouble.

Much like in the Newsflesh trilogy, chapters are separated by pieces of writing that give you little clues to the overall picture. In this case, it is journal entries and research notes from the creators of the tapeworms and excerpts from a very odd children’s book, sometimes quotes from the characters.

I tend to skim over real sciencey stuff, but the sciencey stuff here wasn’t too difficult to understand and I didn’t skim much of it. I wasn’t overly surprised by the reveal near the end of the book — it’s not difficult to guess the direction things are going in. I really enjoyed this and intend to jump right into the next book. 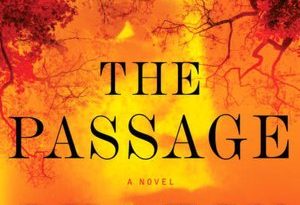