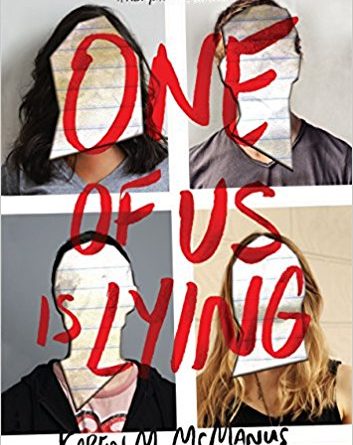 The Breakfast Club meets Pretty Little Liars, One of Us Is Lying is the story of what happens when five strangers walk into detention and only four walk out alive. Everyone is a suspect, and everyone has something to hide.

On Monday afternoon, five students at Bayview High walk into detention. Bronwyn, the brain, is Yale-bound and never breaks a rule. Addy, the beauty, is the picture-perfect homecoming princess. Nate, the criminal, is already on probation for dealing. Cooper, the athlete, is the all-star baseball pitcher. And Simon, the outcast, is the creator of Bayview High's notorious gossip app.

Only, Simon never makes it out of that classroom. Before the end of detention, Simon's dead. And according to investigators, his death wasn't an accident. On Monday, he died. But on Tuesday, he'd planned to post juicy reveals about all four of his high-profile classmates, which makes all four of them suspects in his murder. Or are they the perfect patsies for a killer who's still on the loose?

Everyone has secrets, right? What really matters is how far you would go to protect them."


I thought this was really great, which should be evident by how quickly I read it (3 days). It starts out with five students serving detention one evening, but then one of them dies in a way that can’t quite be accidental.

The characters start out rooted in their stereotypes — the smart one, the pretty one, the bad boy, the jock, and the outcast. But with the exception of Simon, who dies, there is good growth for each character. No one stays stagnant in this story, and everyone comes out of it changed for the better. The book gives you the story from each main character’s point of view, and the character voices are different enough that I really didn’t have to look back to remember who was talking.

The mystery itself was quite good, with a lot of twists and turns. Everyone is a suspect, and the author does a good job of keeping you guessing until the end. I don’t read a ton of YA, but I look forward to the next book by this author! 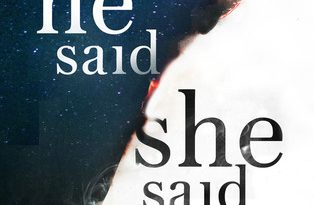 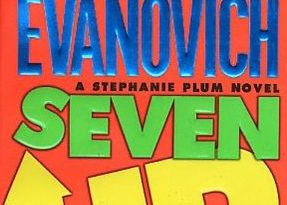 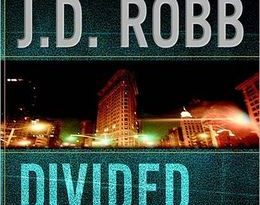